Where the stuff on this blog is something i created it is licensed under a Creative Commons Attribution-NonCommercial-NoDerivs 3.0 Unported License so there are no requirements to attribute - but if you want to mention me as the source that would be nice :¬)

- I came up with the 12 thoughts/headlines by going through the conference booklet and the various tweets on its hashtag.  They represent what struck me as interesting.  Much of the text is taken/edited from the abstracts in the booklet.

The headline for each thought is below - then underneath the summary of the 12 there is a bit more detail on each one.

6) Military selfies expose & obscure on conflicts - & incorporate into the everyday.

8) Images are now data governed by algorithmic politics - and quantification

9) Is Polaroid an app because analogue = authentic? - and digital is viewed with suspicion

RT @dylanyamadarice: The importance of images is highlighted by the words of the year- first #selfie now #photobomb #esrcfestival #VisSocMedConf


Thanks to smartphones, most people now carry a camera with them at all times and use it to document and share different aspects of their lives. This raises all kinds of issues around what data is embedded with the images and the impact of this visualisation on our culture. 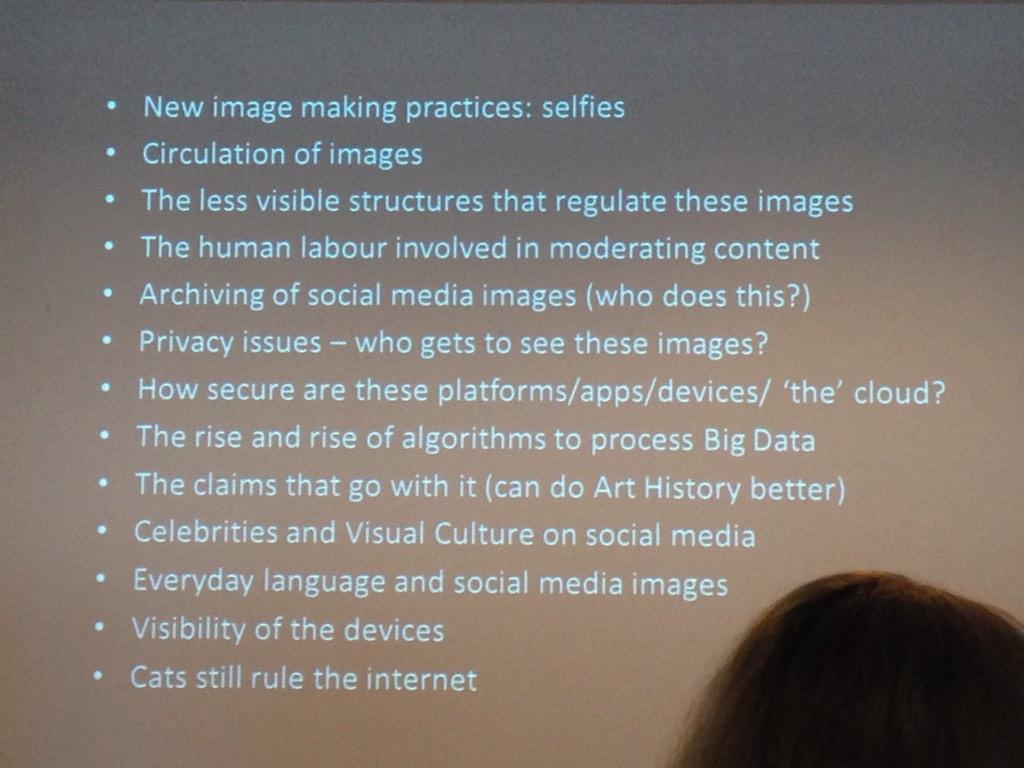 2) Visual data mining is where text mining was late 90s


Images are playing more than ever a crucial role in our lives and shaping our culture. However, there is still a very limited understanding of the visual dynamics of social media and the social media research approaches and toolbox are still focused on textual rather than visual content. 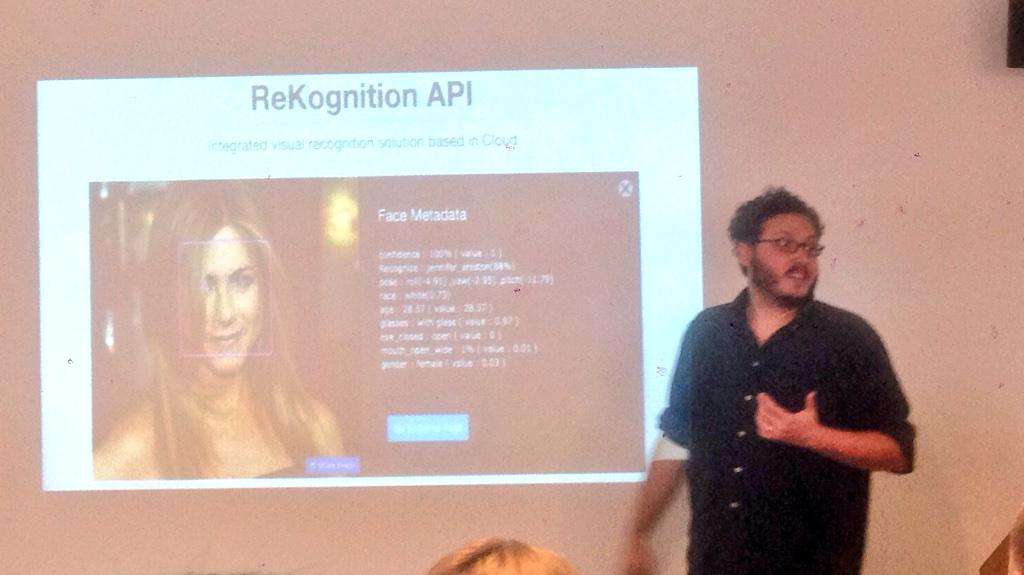 The classic triad that has been the foundation of the visual culture approach (representation, meaning, culture) cannot be easily supported within a quantitative data-mining framework. If ethics comes into question when analyzing user generated textual content, concerns should be even higher when analyzing images, which are far more revealing than text.


Paper by Dr Francesco D’Orazio (Vice President of Product at social analytics firm Pulsar and Chief Innovation Officer at research consultancy FACE) on From Tristan and Isolde to Visual Social Media: the pains, pleasures and myths of researching images in social media 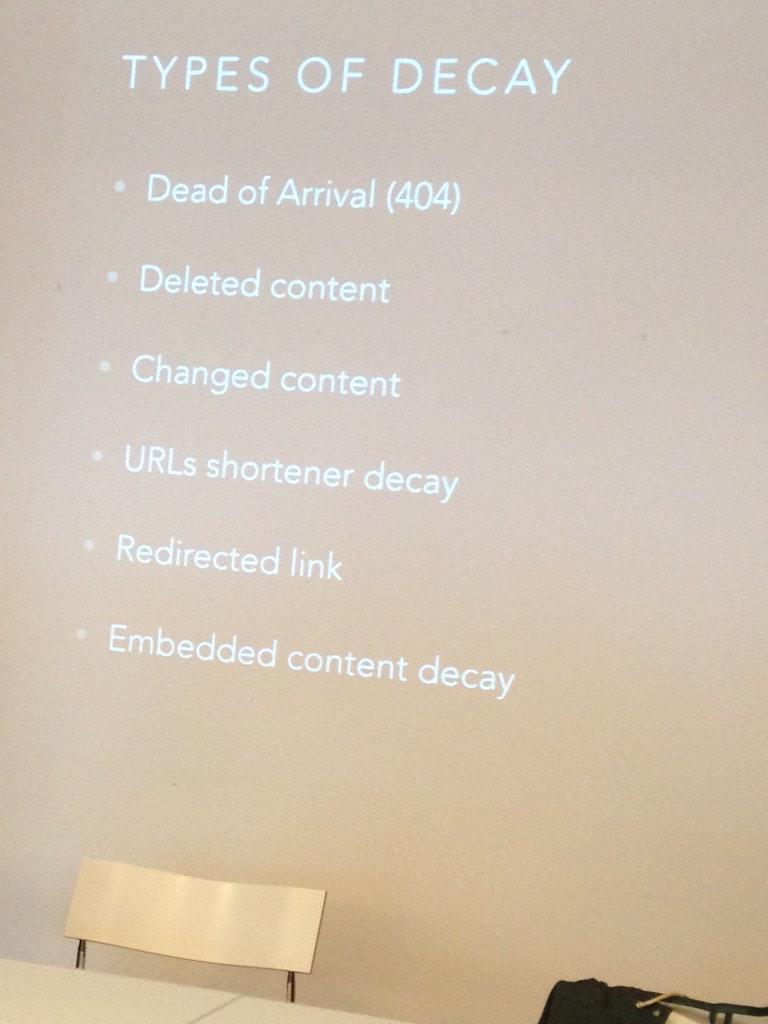 
Technologies of the self and self-documenting are one increasing phenomenon and practice saturating our everyday lives. On Instagram there are 130 billion mobile self-portraits that are hashtagged selfie. 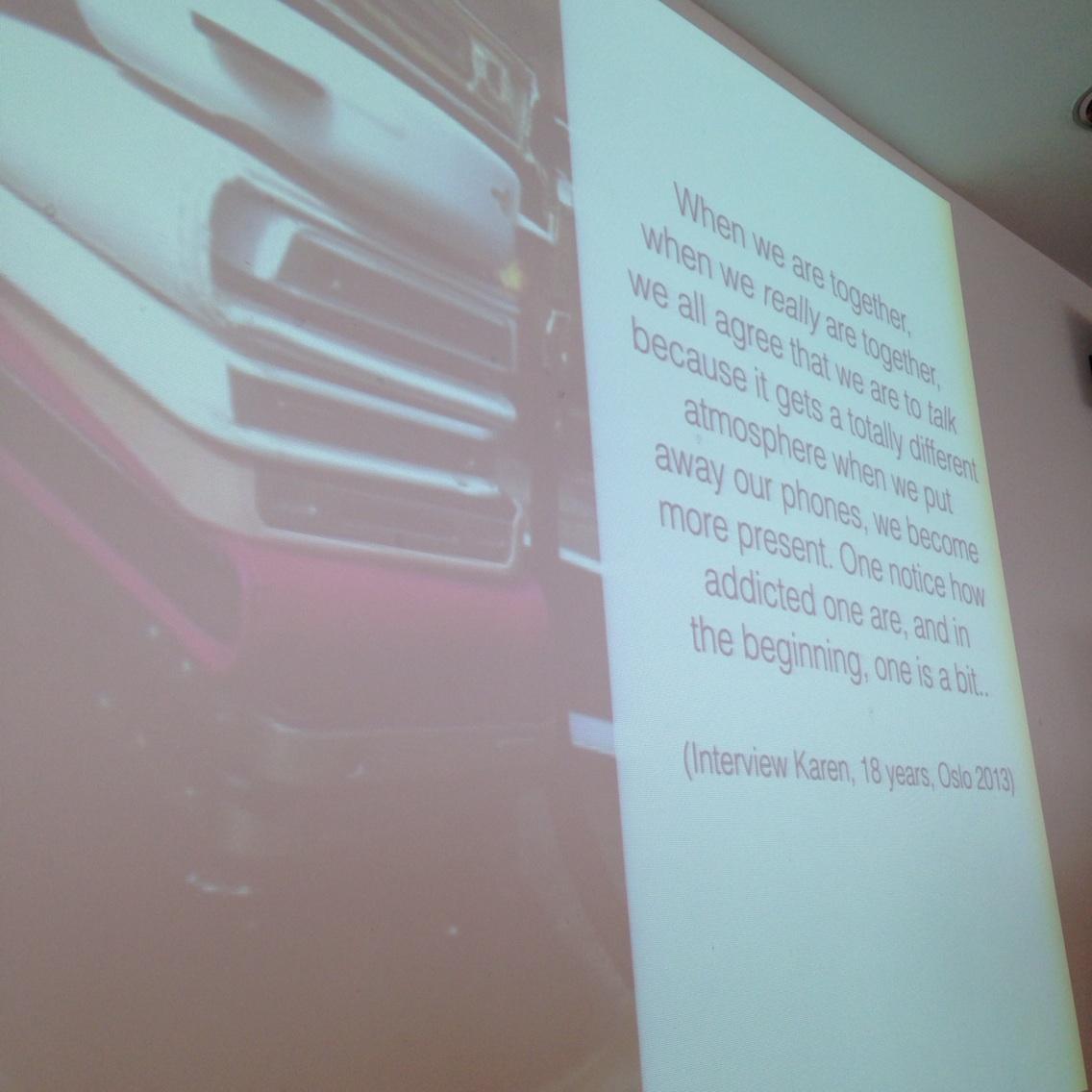 Paper by Dr. Lin Prøitz  (Guest Researcher at Centre for Gender Research, University of Oslo) on From Self-presentation to #Selfie. Identity and the self in a visual digital culture

Discourse regarding women’s photographic self-representation on the web acts as a form of social control, in which perpetuating repressive ideas has become naturalised as a contemporary form of leisure. 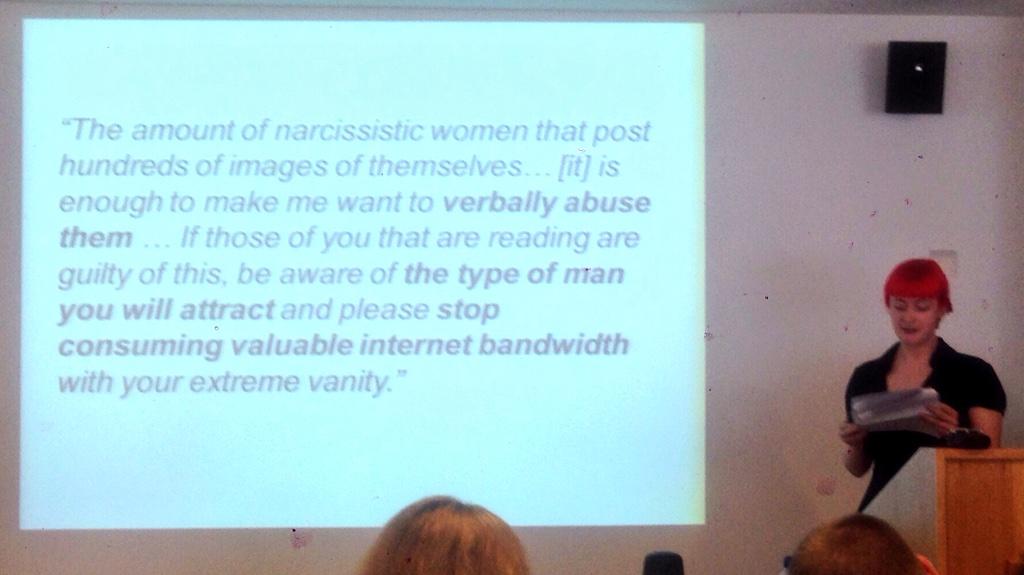 Ideas of what should and shouldn’t be shared, whose images are more legitimate than others’, and what genres of images are more ‘worthwhile’ than others, serve to perpetuate gender inequality and legitimise the criticising of subjects, through their photographic practice. The discussion around photography is therefore to be regarded as technique of subjugation, in which shame and humiliation are enacted in order to maintain unequal power relations.

Paper by Anne Burns (PhD candidate at Loughborough University) on Self(ie)-Control: Narratives of Photographic Restraint and the Regulation of Social Conduct


The talk was part of her forthcoming co-authored book, Digital Militarism (with Rebecca L. Stein, Stanford UP, 2015), which focuses on the evolution of Israeli digital militarism, and in particular, on the emergence of “selfie militarism”. 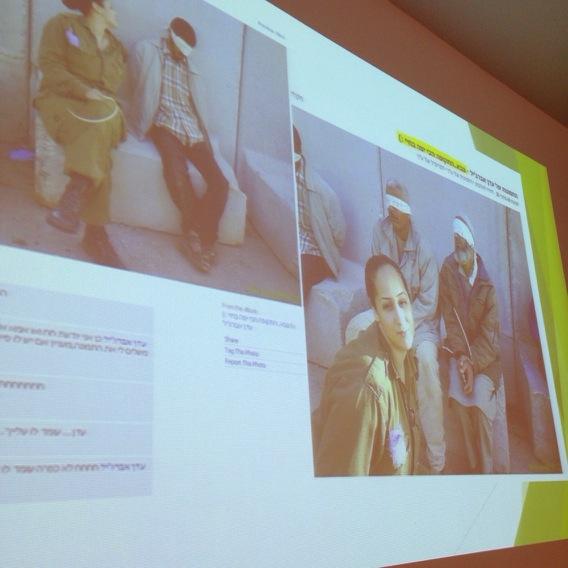 Today, as soldiers carry smartphones alongside their weaponry the military selfies at once increasingly exposes and increasingly obscures, and are incorporated into the very fabric of the normal, the intimate, and the everyday.

7) We now have visual render ghosts on social media

Digital photography is being used in a huge number of ways now. The technology is so pervasive that it is necessary to develop a more elaborate vocabulary to understand its working and effects, and a less evaluative stance towards it.

Digital photography is best understood as a range of particular combinations of social practice (including ways of seeing), software and hardware. These come together not only in everyday spaces like streets, schools and teenage bedroom, but also in places like app developers’ offices and server farms. I’ll suggest that we need a more distributed approach to the role of images in/on/as social media, which should explore a range of these sites and consider the relations between them.

Today, the cultural dynamics of the database-driven web and real time image sharing are defining the new conditions of photographic production and circulation. The visibility, value and meaning of images are connected not only to social practices but software systems employed to sort, (mis) read and distribute image content. 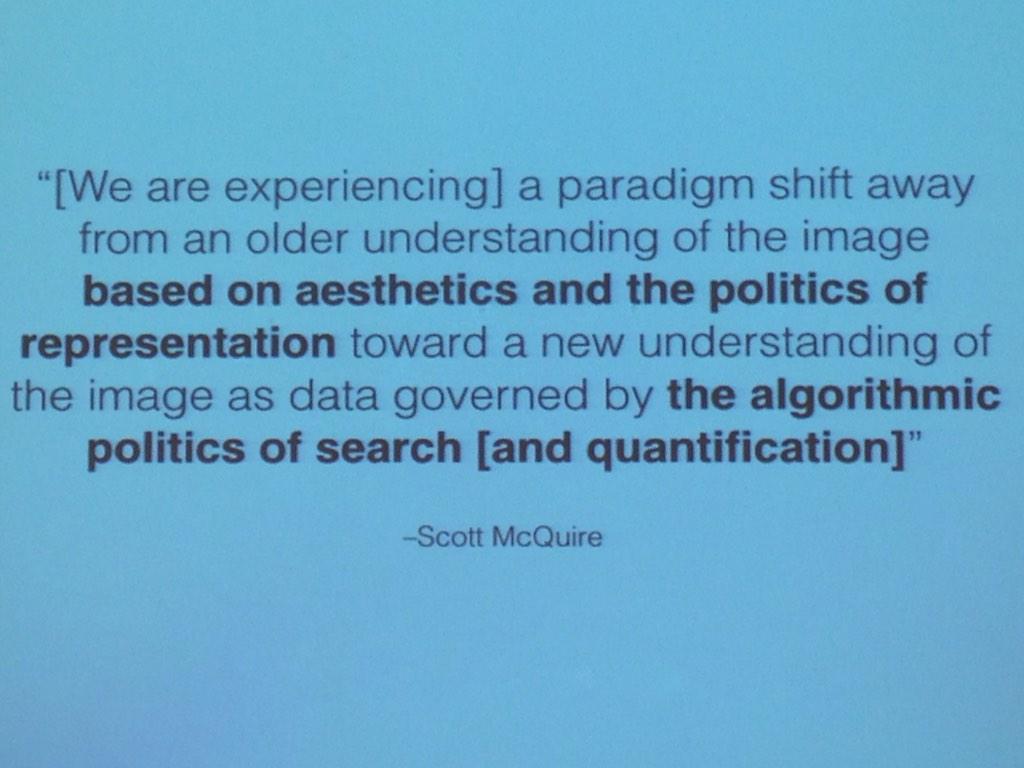 Paper by Katrina Sluis (London South Bank University & The Photographers’ Gallery) on
All that happens must be known: mining the ocular white noise of the image stream

9) Is Polaroid an app because analogue = authentic?


Even before Polaroid shut its instant film factories in 2008, this obsolete photographic form was making a concerted return in a digitally simulated form, in a whole array of apps, ads, and merchandise.


The digital simulation of Polaroid images is just part of the wider phenomenon of filter programmes for camera phones, taking in Hipstamatic, Instagram, etc. This phenomenon is often taken to be driven by nostalgia, but given that so many of the users did not experience analogue Polaroids in the first place, nostalgia is not an entirely satisfactory explanation. What else is at stake in analogue afterlives?

The debate on hastag campaigns like #nomakeupselfie and #thumbsupforstephen campaign typically raises the following types of views:

-  arguments taking the fashionable dismissive line that social media is riddled with the banal and the narcissistic, or for stripping human interaction of warmth as conversations shift away from the "real world" to the online sphere;

- or - in the #thumbsupforstephen campaign - a depiction of his last few weeks and the importance of him achieving his fundraising goal echoeing the classic ‘hero’s journey’ narrative of overcoming adversity to achieve one’s aims.

11) Military use social media to portray war as clean


There has been a growing body of research that has explored how ‘western’ warfare is increasingly represented as clean, hygienic and bloodless. 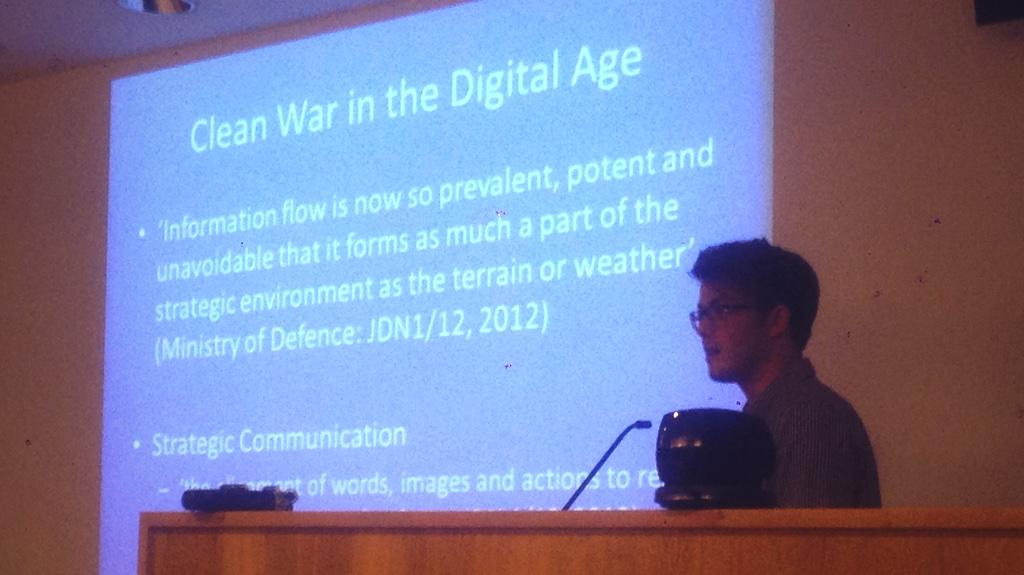 The paper seeks to analyse ‘clean war’ – conceptualised as a visuality that is used to claim legitimacy for violence – is producedand circulated on military social media sites. 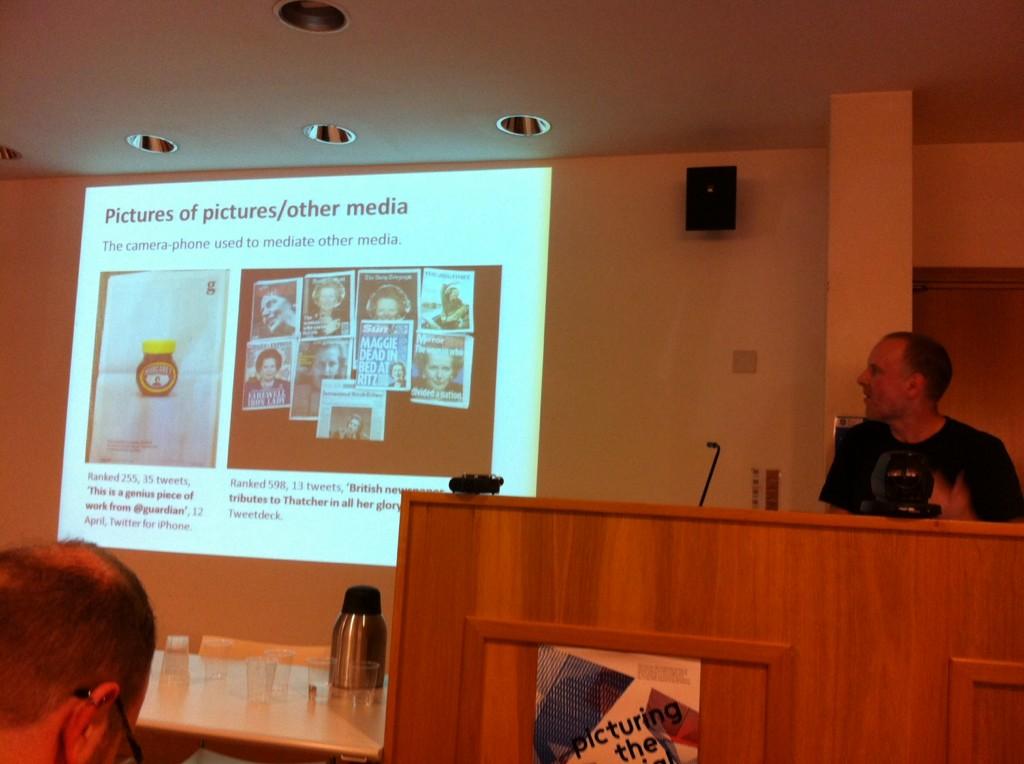